I finally finished Sailboats In The Morning Fog – in time for the Tuesday class this past week. That involved the thread painting on the boats and their reflections in the water,and a bit of movement in the water on the right side of the harbour. Next I added a matte done in white muslin, followed with a dark grey piping, and finally a wide border/frame. I tried several different fabrics, some quite muted but in the end went with this one which brought out the greys of the reflections as well as the wooden insides of the boats. I used the two remaining strips of border fabric to create a hidden binding. 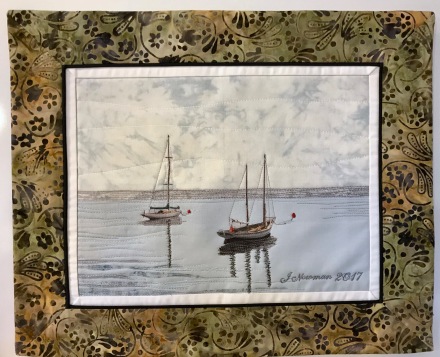 At class the gals all got their work close to finished (except for the hand sewing which they were going to do at home).

Linda had done the thread painting on her Nasturtium before she came. On Tuesday she added the white inner border, the yellow flange, and then the outer navy border. She added a hidden binding in the navy fabric she used for the outer border. 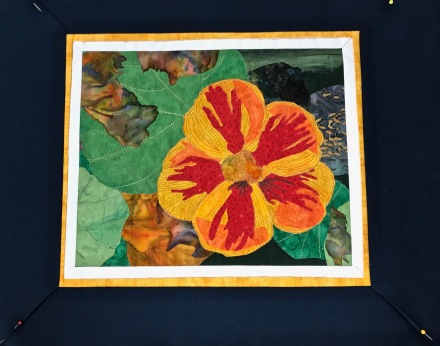 Deb’s Bird of Paradise also turned out beautifully. Although nearly invisible, the purple piping does pick up the purples within the flower and hinted at in the foliage. 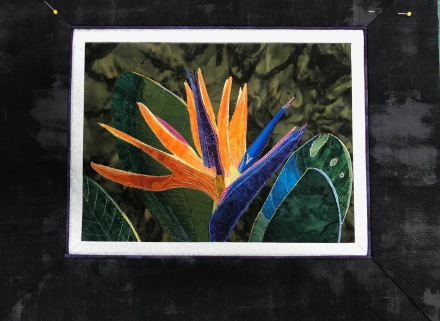 Pam did a lovely job on her wall piece Barn With Quilt – the thread painting, appliqué work on the tree on the left, created a very tactile bark. 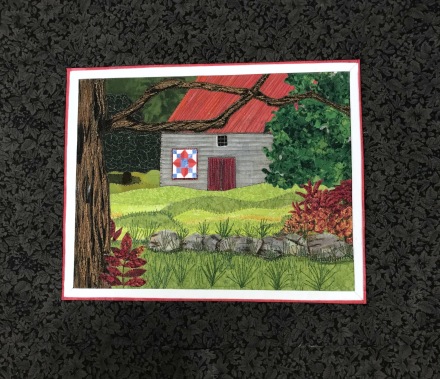 Faye’s Fall Walk captures the feel of a cool Nova Scotia fall day. The background was pieced and thread painted, the two figures were printed on fabric and applied to the scene. The red piping draws attention to the woman’s red jacket. 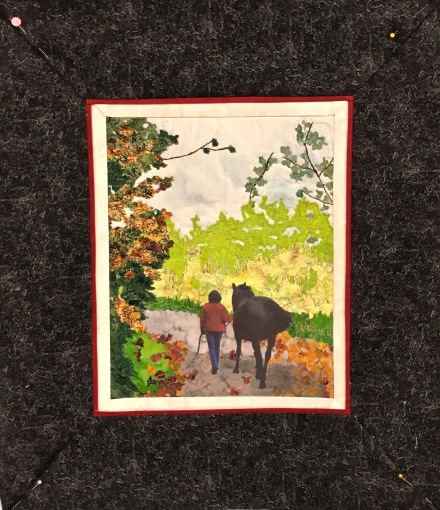 Linda’s A Fall Day In The Woods brings the vivid fall foliage to life. Her framing of the scene strengthens the texture of the fall colours. 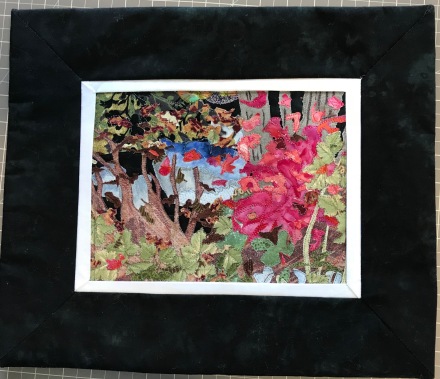 A Fall Day In The Woods

The gals were (as was I) delighted with their work. I wanted them to get the finishing touches on their art pieces in class. We didn’t quite make it, but the remaining hand work was going to be no barrier to them completing their projects.

4 thoughts on “Sailboats In The Fog – II”