Two nights ago my friend Marlene’s night blooming cereus was blooming again. It’s quite a spectacular site – the flower begins its display around eight in the evening, slowly opens over a couple of hours, around  midnight it develops a wafting scent (to attracts the bats that pollinate the flower), by three in the morning it has begun to fade, and it’s finished blooming around dawn. 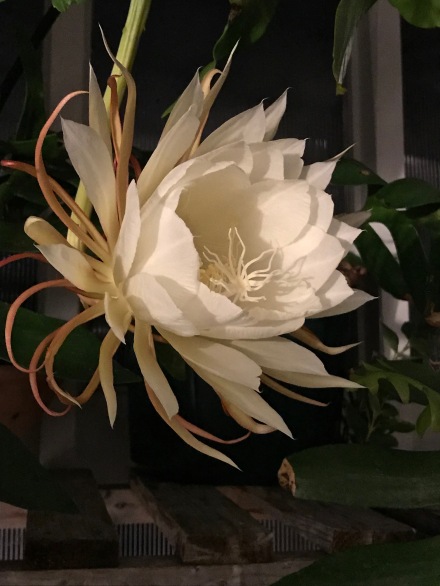 I took this photo around 9:30. The flower isn’t fully open; the outer petals will expand further creating a flat disc around the cupping petals. But you can see the glory of the bloom even at this stage.

Here is a photo of the first time this cactus bloomed (I don’t have the exact year mid to late 1980s, likely) – just before it was fully open around midnight. 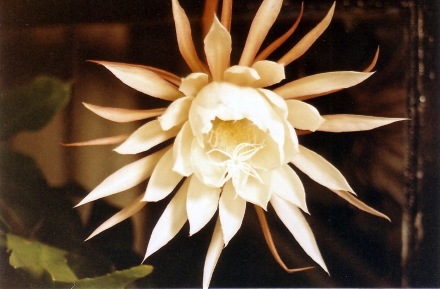 We spent that evening in the garden, sipping wine, watching the flower open. No bats, sadly, to pollinate it. I had enlargements of the photo printed to commemorate the occasion. I still have the print hanging in my home.