I said to myself, before I started these alterations, if I ruin the dress, I’ll replace it! That gave me the courage to proceed.

I started with the front opening. Michelle is tall, very thin, with a small bosom. So when she moved, the front gaped and she felt exposed. I wanted to stitch the opening closed but she was adamant the opening remain.

I shopped for a bit of nude mesh which I found at Fabricville. I cut a triangle long enough to support the gap further toward the neckline, pinned it in place then hand stitched it (very small stitches with Aurifil 50wt thread in white). Can’t see my stitches. I stitched the edges of the triangle on the inside as well. Then I added a sheer white polyester bias tape across the top edge to prevent the mesh from stretching much. That should do the job.

Second, I took up the shoulder straps an inch. I though I’d have to carefully remove beads and pearls, but I got away without having to do that – I was able to fold the strap 1/2″ and stitched the fold securely to itself. You have to look very closely to see where that join is. That adjustment should help with how the neckline fits as well.

Finally the two nude inner skirts. First, I had to figure out the length of the innermost skirt at the front, mark that length around the whole thing then cut it being VERY careful not to cut the lace and tulle layers. Next, measure the second skirt 2″ longer and cut it. I think the two skirts are still bit long in the centre back (that’s because at the waist the inner skirts dip down about an inch and a half below the centre front) but I was afraid to cut the skirts too short – we can always cut more – I can’t add back what I cut off!

I’ve decided not to hem the bottom edge – this dress will be worn once, the fabric doesn’t fray, and no point in doing a turned hem if I have to cut off more.

So far, I don’t think I’ve ruined the dress. I’d say, it’s done until Michelle tries it on. If I’m lucky she’ll be happy with my alterations – my wedding gift to her.

You get up one day and decide today is the day to swap out the winter pants for the summer ones. That was this morning – however, I knew I would want to do something with the fit in the back of all eight pairs of pants which I’d made last summer.

I tried each on, pinned a dart to get rid of the fullness under the bum. Then I dug out some thin cardboard and drafted a template for the dart.

All of the pants were made from a palazzo pants pattern – with modifications as I went along – the legs got narrower, some ended up cropped, the first pair had the side opening used in the pattern, but second pair on I changed to a fly front.

I figured out a system for doing the alteration – I turned the pants inside out, pressed along the centre back, marked 6.25″ from the lower waistband seam, positioned the template, marked the dart seam with a fabric marker or chalk, then stitched it. Pressed the dart toward the centre back, turned the pants right side out and pressed along the seam. Done! 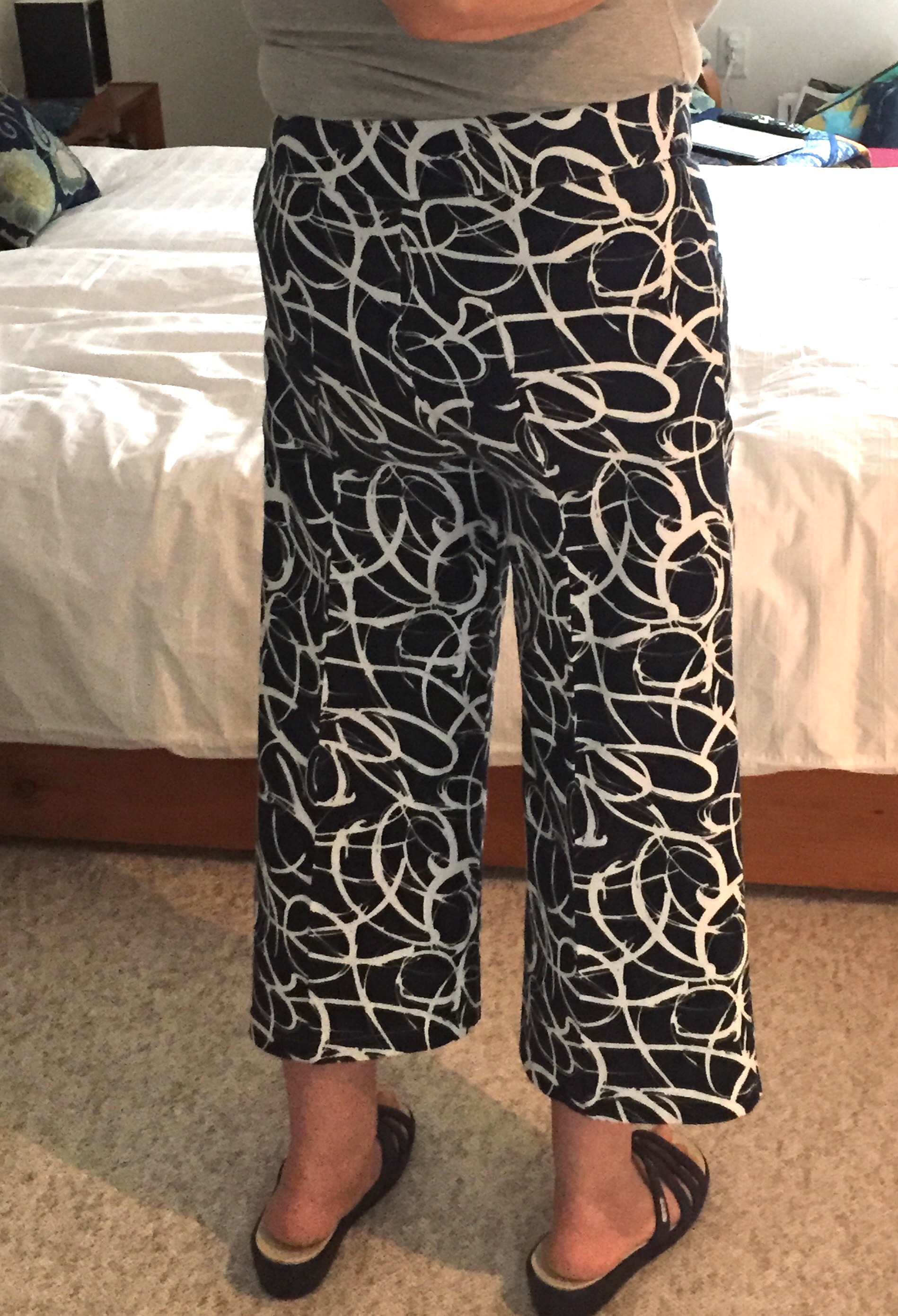 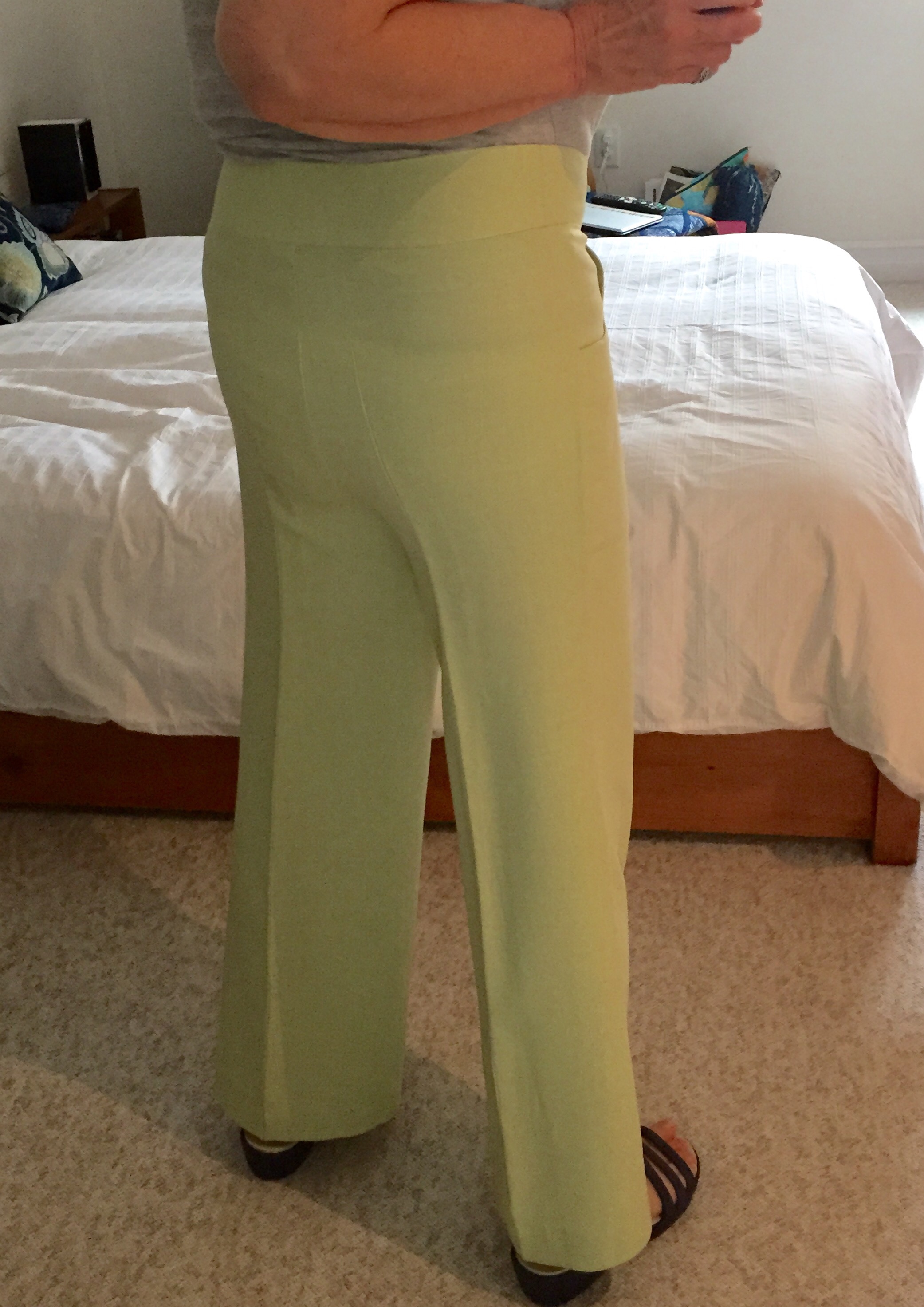 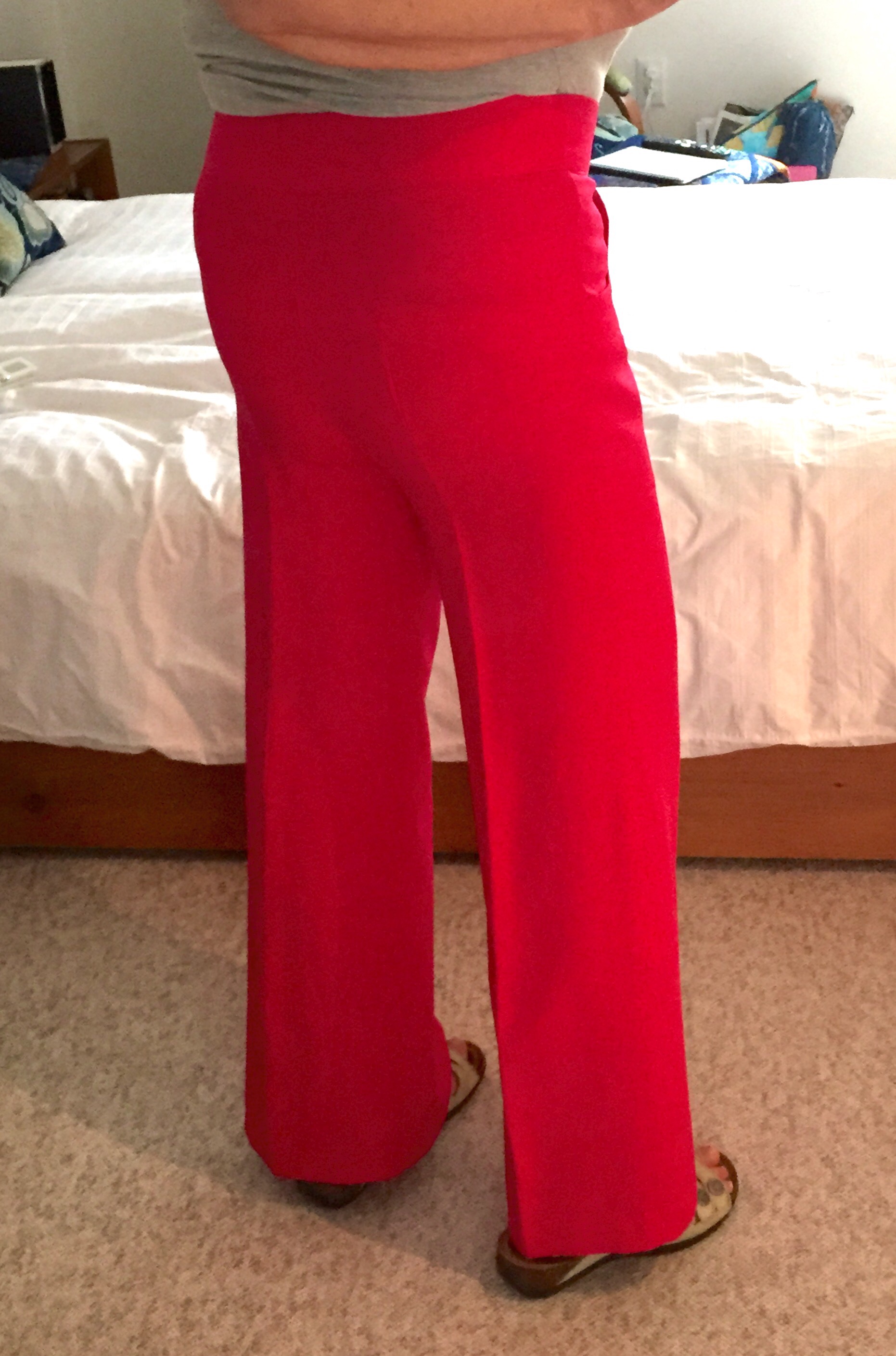 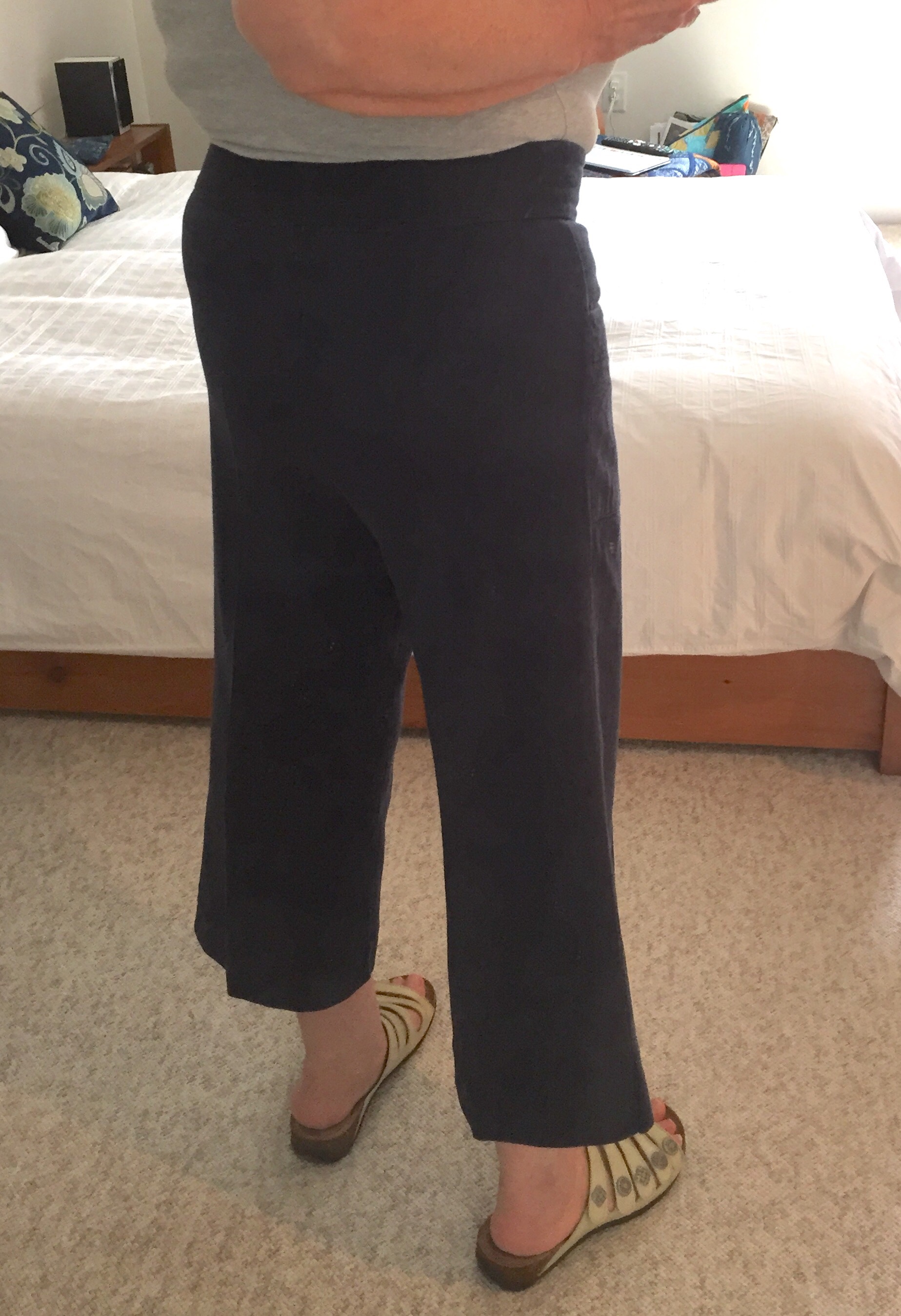 The pants fit so much better than they did.

Now to incorporate the shape and depth of the dart into the back of my jeans pattern, as well as the palazzo pants pattern. I think I have the dimensions of the “dart” just about right now.