A gloriously sunny day, if cold, and I feel profoundly disappointed. Sad so many people chose the path they did. Last time wasn’t a fluke – just a harbinger of things to come. Yes, I know populism is spreading globally, but I’d hoped the folks in the US would see possibility in voting for the ideals expressed in their constitution. I guess they understand it very differently than I do.

People will continue carrying on – grocery shopping, visiting the dentist, managing in whatever ways they are managing in the middle of the pandemic. The stock market will go down and then up and then down again. This snow on the ground will melt tomorrow – the temperature is predicted to reach 12° during the day. Fall will march on, I have an appointment to put my snow tires on at the end of the month. Winter will come and go. Life goes on.

I don’t feel like sewing today. Maybe back to the mystery novel, maybe take a morning nap.

After some conversation (and a few tears) I can now describe my feelings: profoundly disappointed and LET DOWN.

For more than 4 years I’ve invested huge emotional energy being informed and trying to understand American political happenings even though it’s not my country, and I don’t have a vote, but I have friends living in the US who were doing their damndest fighting for social justice for everyone.

I feel let down by all those women, LGBT, Black, Latino, other vulnerable people (who ought to have voted Democrat but obviously didn’t) whose social, financial, and health prospects will now be severely diminished because they supported the Republican ticket maybe even electing trump and returning a Republican senate which (if Biden/Harris are elected) will result in unimaginable acrimony and chaos for the next 4 years.

We don’t know the outcome yet (likely won’t for a few days) but you can certainly expect trump (even out of office), hanging around pulling Republican strings for as long as he wants.

It’s like being betrayed by a very close friend. It’s that same let down feeling. The best you can do is sever ties and move on with your life.

That’s it. I’m cutting out the news  – I can now invest the 2-3 hours a day I spent trying to stay informed reading novels, doing things that reduce stress levels. It’s time to turn my back on this nightmare I can’t do anything about.

Last week was a crazy week in Washington. I got up this morning and checked my email (stupid thing to do) and immediately came across an item in “Medium” Trial Balloon for a Coup? that has left me depressed and fuming all at the same time!

It wasn’t the only article raising these concerns – there were two more in succession (What “Things Going Wrong” Can Look Like; The Immigration Ban Is A HeadFake, And We’re Falling For It) from people who are not “nut cases”. It looks like some Americans, responsible people, are beginning to realize Trump is doing exactly what he said he would and they’re trying to understand the pattern of edicts and figure out what they might mean. I don’t subscribe to “conspiracy” theories – as a former scientist I believe in data and facts. But these analyses today, as tentative as they are, are chilling. And if they’re true? 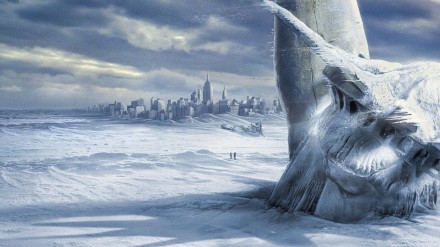 Then there was David Brooks’ opinion piece in today’s New York Times – he’s always an interesting read (a right of center columnist with the New York Times).

“Many Republican members of Congress have made a Faustian bargain with Donald Trump. They don’t particularly admire him as a man, they don’t trust him as an administrator, they don’t agree with him on major issues, but they respect the grip he has on their voters, they hope he’ll sign their legislation and they certainly don’t want to be seen siding with the inflamed progressives or the hyperventilating media.”

He’s concerned with how the Republican congress and senate will step up or (likely) not when dealing with what Trump is doing.

There were several significant pieces in The New Yorker today as well:

I try limiting the amount of time I spend reading the news – I turn to sewing and bury myself in some creative work. But today, I feel such a sense of disquiet I can’t get down to the quilt in progress. Were I an American, I’d have already become an active volunteer with the American Civil Liberties Union, Planned Parenthood, a local group of the Climate Network – I’d have joined a protest group of some kind.

While I know the need to organize and resist is coming to Canada there isn’t the same intensity at the moment to make such a move. But the same issues are alive and well (if not yet flourishing) here at home. Haroon Siddiqui yesterday carefully describes his experience of being Muslim in Canada since 9/11. It’s not a pretty picture. The bigotry that justifies a lethal attack on a Quebec mosque over the weekend is simmering and we have Conservative leadership candidates doing their best to stir that pot!

I know it’s just a matter of time before I will have to find an outlet for expressing my dissent with Canada’s version of Trumpism and the kind of xenophobic, climate damaging, women bashing policies that will follow. I know I won’t be able to sit on the sidelines.