I just put the finishing touches on this wall art piece – Pink Flowers. In the photo it looks a bit out of kilter, but I that’s an artifact of where I was standing when I took the photo – the piece is 15.5″ wide x 18″ in height. 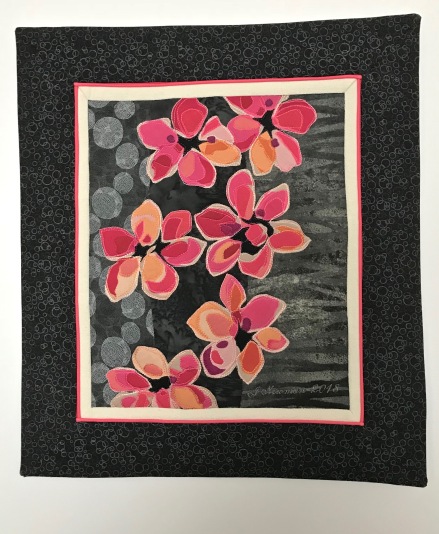 I did quite a lot of stitching using rayon embroidery thread – two colours at a time through the one eye of the machine needle which gives a tiny bit of depth to the colour of the stitches. I elected not to stitch in the background – mainly because I had no idea what sort of design would have augmented the piece rather than detract from the flowers. The piping is there to heighten the colours in the flowers, and the printed border/frame extends the “texture” of the background. 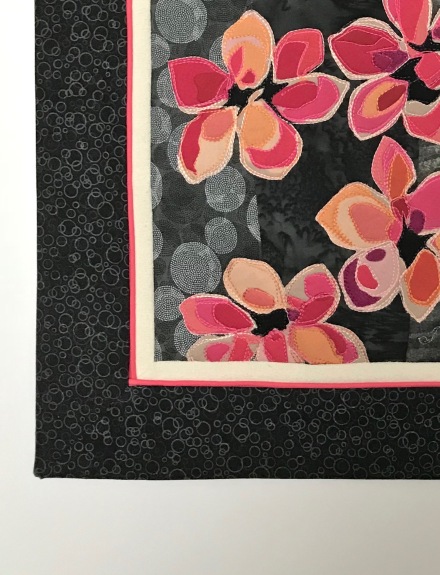 Now on the next one using the fussy-cut flowers from the bark cloth. The fabric colours are somewhat subdued – I’m planning on using strong bright shades of rayon embroidery thread for the thread painting.